9 Ways For Staying Under Your Cell Phone Minute Limits

What You Need for a Unicorn Themed Kids Party

4 Questions to Ask Your Anesthesiologist Before Surgery

3 Reasons to Paint Before Renting Out Your Home

The European Commission is heating up the pressure it is putting on Google, by claiming that it is abusing certain privileges it enjoys on the internet. For example, the EC is troubled by how Google is so dominant when it comes to the domains of internet shopping, where they are believed to be using underhanded techniques to restrict the competition. They also say that Google stops other websites from showing adverts that link to the search engine provider’s competitors, such as Bing.

It is important for the European Commission to handle the entire matter in a delicate way. They do not want to build an enemy in Google, given how massive the search engine provider is in the internet and technology worlds. But they also need to limit the overreach of Google, especially when it comes to damaging the competition and hindering other companies from pursuing the same interests and goals. When speaking about the matter, the commissioner of the European Commission had a few words to say.

Margrethe Vestager claimed that Google was a fantastic boon for the internet, claiming the company is responsible for “so many innovative products.” But she also says that Google’s innovations do not give the company the “right to deny others the same opportunity to improve, innovate and compete.” This is not the first time Google is in trouble with the anti-trust division of the European Commission. They have also been under the spotlight for the policies they enact with regards to their Android operating system for mobile phones and tablets. 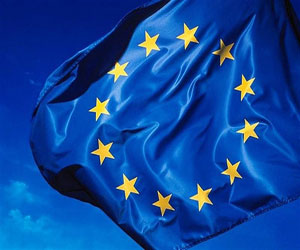 Many believe Google abuses the position they have with regards to the most popular smartphone operating system in the world. There are claims about how Google puts incredible requirements on any company that uses Android, which ensures their systems, apps, and phones always have priority over those produced by other companies.

For their part, Google claims they are not guilty of such offenses. Their spokesman said that their innovations are designed to provide more options for European companies and consumers, not less. They also believe that every step they take can help other businesses take advantage of the internet and all it has to offer. They believe their business is at the forefront of improving competition around the world, not reducing it.

But the empty words of a spokesperson are probably not enough to convince the EC, which means Google will have to prove the various charges are incorrect.